Over the Summer I had the opportunity to partner with ZEISS Camera Lenses Americas on a campaign, entitled “Picture Love”. A perk to this campaign was that I was given two ZEISS Batis lenses of my choice. At the time of the campaign I already owned three of the five available lenses (25mm, 40mm CF and 85mm). ZEISS gave me the two lenses I was missing, with one of them being this Batis 135mm lens.

Initially I never saw myself buying this lens at any point, as I’ve never been a big telephoto shooting photographer. The f/2.8 aperture of the lens made me hesitate as well. All my lenses were f/2 or f/1.8 and I simply didn’t want a prime with an aperture I could obtain in a zoom lens (70-200mm f/2.8). I did however say if I was ever given this lens then I would use it and I ended up doing just that!

I’ve been utilizing this lens with my Sony Alpha 9 (and a few times with the new Sony Alpha 7R IV) and I hate to say that I’ve become very attached to this lens! I know how I shoot, and I initially felt this lens wouldn’t really be one that I’d use that much but was willing to give a try. I’m a very open-minded photographer. Yes, I did say I wouldn’t purchase this lens, as I didn’t want to spend money on something I may not use often and would have invested a lot in to purchase it. This lens is $1,499, so it’s quite the investment, but in getting the opportunity to get my hands on it I’m in love with it and have photographed a lot with it!

A bit of history into the ZEISS Batis line of lenses; these are the first full frame lenses from ZEISS that are auto-focusing lenses and are designed especially for the Sony E-Mount (Mirrorless) cameras. What’s also unique about these lenses are the OLED displays in the lenses, for your focusing distance information. It’s such a clean design that’s sleek and lives up to everything that you’d expect out of a ZEISS lens.

Something to note is that this lens is a Full Frame (FE) lens for Sony’s Mirrorless E-Mount cameras, but it can be used on the cropped APS-C cameras, which will give you a 35mm equivalent focal range of 202.5mm. 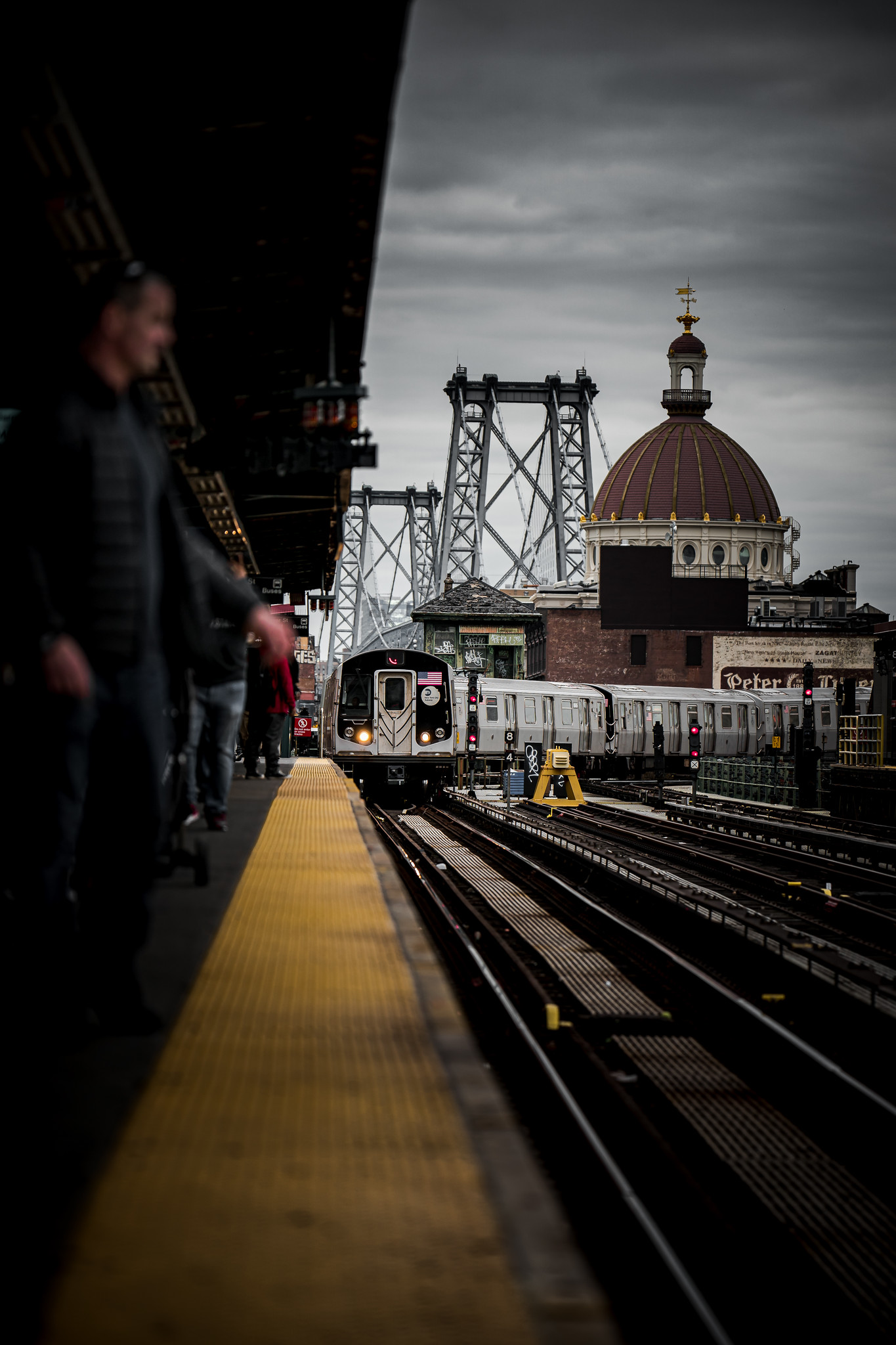 What I think about the Batis 135mm

I thought, wow this lens is a lot lighter than I expected it to be! For a lens of this focal length it’s not a very hefty lens at all. At only a 67mm diameter thread it’s the same as the other Batis lenses (excluding the 18mm, which is 77mm).

My expectations for this lens were very high. I knew this was an exceptional lens and wanted to see for myself the kinds of images I could capture with it. Like any other Batis lens it has a great lens build and clean design. 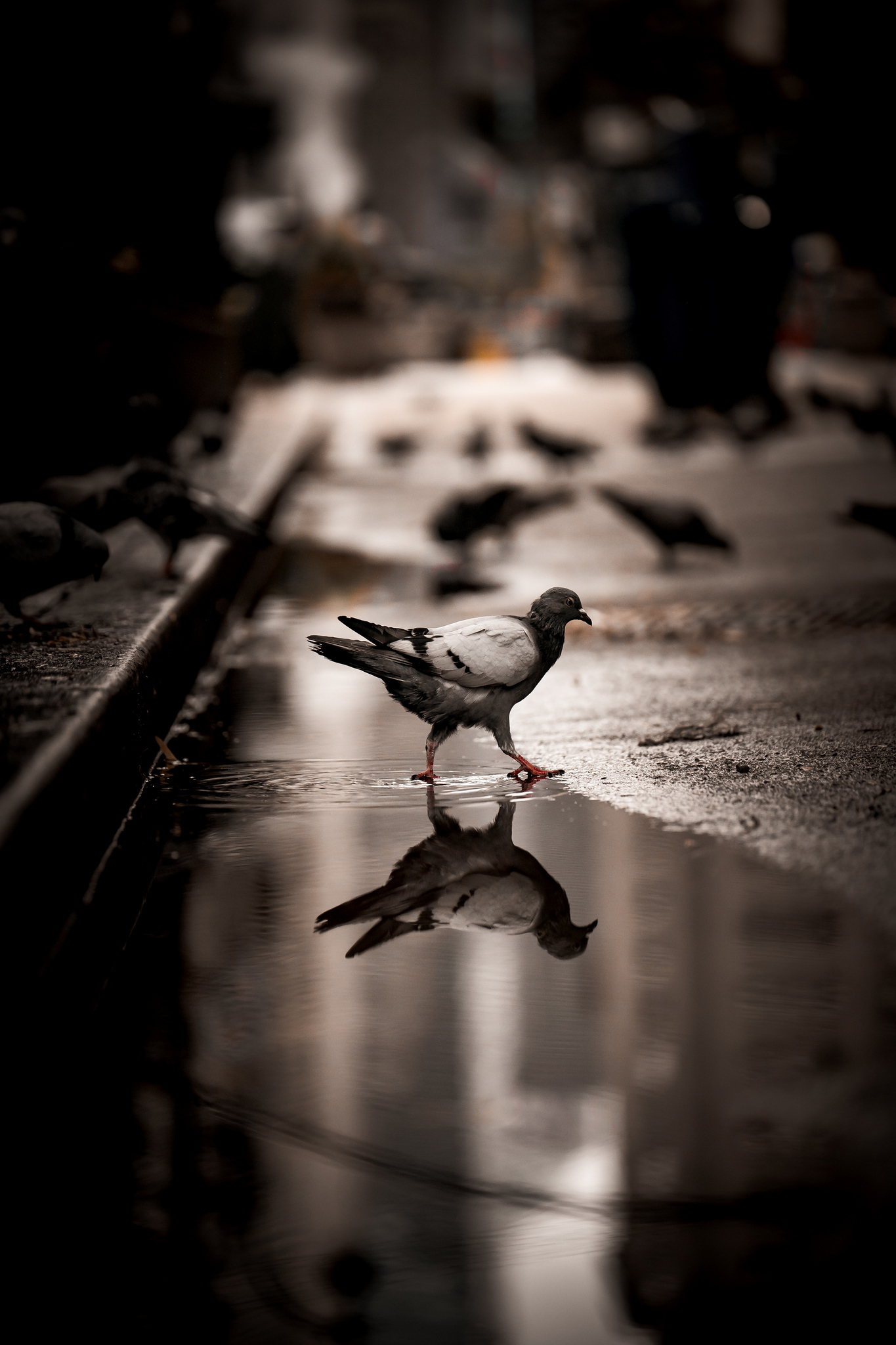 This lens comprising a f/2.8 aperture wasn’t something I was very keen on, but to achieve the size and weight that this lens is I understand why that aperture was chosen. When you’re photographing with this lens it’s a bit hard to tell that it is an f/2.8, as the bokeh (background blur) from this lens is beautiful, appearing as a wider aperture lens. Of course, at such a focal length and the distance you are to your subject you’re going to obtain a strong bokeh automatically, but it simply seems stronger than I would have expected the results to be. It made me not care for a faster 135mm to be honest and find f/2.8 fitting. Does this mean I wouldn’t have preferred an f/2? Not necessarily, as basically all my other primes are that or f/1.8. =)

If you’re looking for more technical specs, then feel free to check out the full lens details here on the ZEISS Lenses website.

What is the ZEISS Batis 135mm good for capturing?

I utilized this lens for various applications, but found these to be where this lens shines the most and best suited for:

What stands out about the 135mm?

Whatever you may be photographing you’ll figure out if this lens is the best suited for what you may be accomplishing. Even though it was slow in street photography use I still continued to use it and mastered my shooting around that and made sure how I captured my photos were more thought out ahead of time. I know I couldn’t be a sharp shooter like I am with my 85mm lens with this 135mm lens, but it’s still a lens worth using for street.

If you’re photographing in good light then having an f/2.8 aperture isn’t going to be a concern of yours at all. 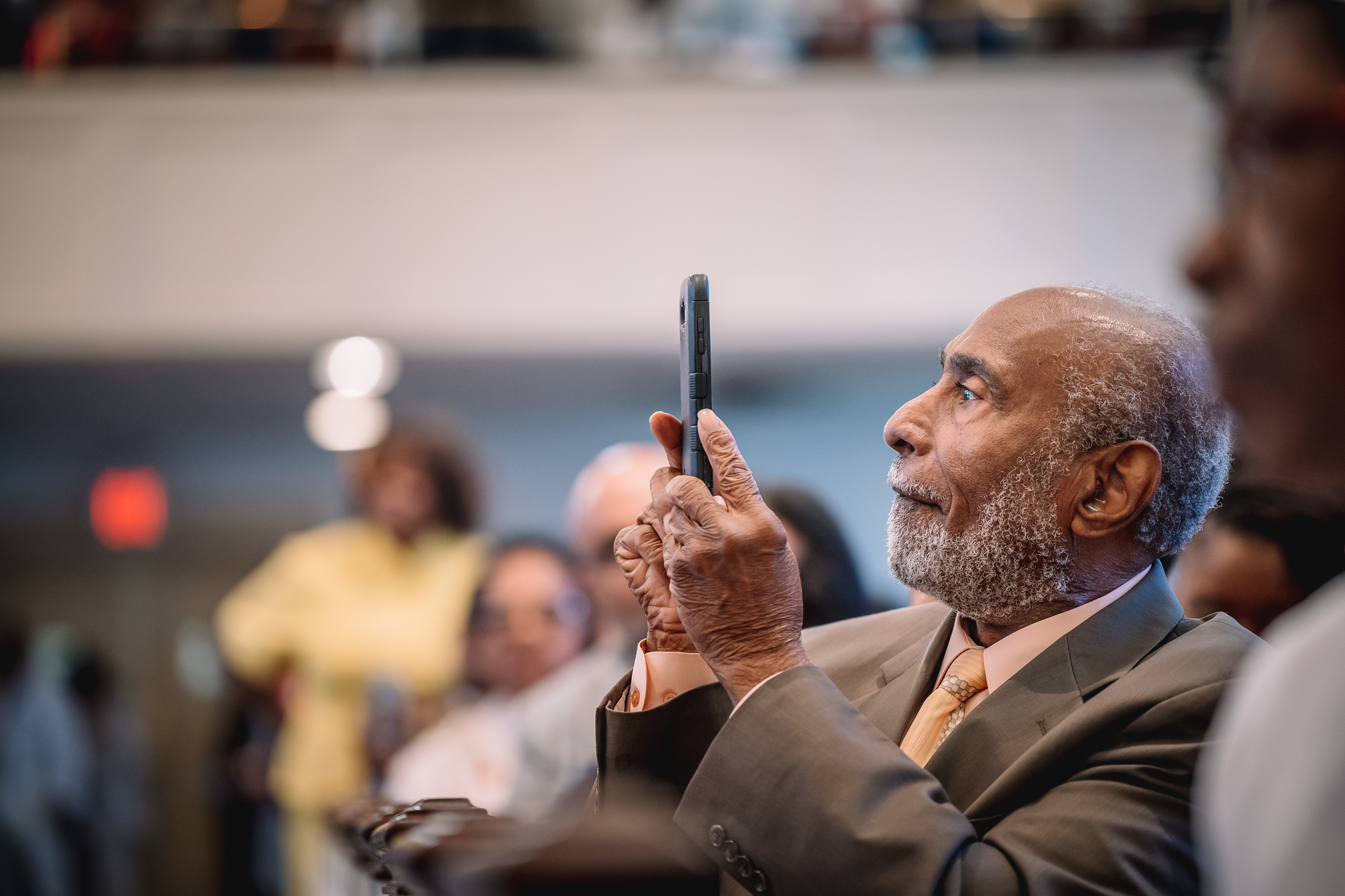 I know this question would probably be the first one anyone would ask me, just as people did with my Batis 25mm vs Sony 24mm GM lens review.

Earlier I mentioned that this lens was obtained over the Summer from ZEISS, for working with them on a campaign. I didn’t buy this lens and chose this lens to try it out, but I simply never wanted to spend the money to buy one.

If that wasn’t a factor would I still buy the ZEISS lens or go for the Sony lens? I’m presently a ZEISS Ambassador and I’ve always photographed with ZEISS lenses and my choice would be the ZEISS. I mentioned in my Batis 25mm review that I prefer the ZEISS because of their reliability and consistency across their lenses. ZEISS is an optics company and Sony is an electronics company and ZEISS knows how to make solid quality lenses. Sony doesn’t have the years of experience that ZEISS does for their lenses, and it will be many years before we really see how well Sony’s lenses age.

In my entire career I’ve had Sony lenses fail and their lenses aren’t matched like those of ZEISS lenses. Regardless of any of the Batis lenses (or any of the current ZEISS lenses for that matter) I’m going to obtain the same quality between them, which is important for anyone doing postproduction work. The Sony’s aren’t consistent in that, but they do make very incredible lenses.

Strangely Sony is the producer of the Sony/ZEISS branded lenses, but those are the only lenses I’ve never had issues from, unlike the Sony only branded lenses. It seems ZEISS holds Sony to a higher standard for their co-branded lenses than Sony has for their own production line. Reliability is very important and just that basis alone is why I’ve always chosen the ZEISS lenses, but the overall look of their lenses is why I choose them as well. Ultimately, it’s the reason I’m no longer at Sony and decided to go over to ZEISS when they invited me. I have many in my community that have bought ZEISS lenses and I’ve never heard any complaints from them, but I’ve had some from those with the Sony GM lenses.

My unbiased choice however wouldn’t be so straight forward. The Sony lens is a much bigger and heavier lens than what I’d prefer for my mirrorless camera usage, but the f/1.8 of that lens would simply stand out more to me and be something that I couldn’t obtain in a standard 70-200mm zoom lens. I was a big fan of the Sony A-Mount version, the Sony/ZEISS Sonnar 1.8/135mm ZA lens. It was one of the most beautiful lenses you could utilize on the A-Mount and I always wanted that lens to come in an E-Mount version. ZEISS finally developed one, but with a f/2.8 aperture and a year or so later Sony releases a f/1.8 version, like the A-Mount. The E-Mount GM lens is larger in filter thread, but slightly lighter (not by much) than the A-Mount Sony/ZEISS (Sony/ZEISS 1kg vs the GM at 950g and Batis at 614g).

Understand my continued reference of aperture is not on background blur (bokeh). The ZEISS Batis 135mm has beautiful bokeh at f/2.8. My mention is on light only. For a lot of what I photograph the f/1.8 and f/2 lenses that I have in the other ZEISS lenses allow for photographing at lower ISO’s and still maintaining adequate shutter speeds for what I may be photographing (increasing the ISO isn’t a bad thing, but if you don’t have to do so it’s always best). The f/2.8 limits that. For instance, photographing in the New York City Subway with this lens requires me increasing my ISO significantly to obtain a fast-enough shutter speed at this focal length. The OSS (Optical Steady Shot) paired with the in-body image stabilization does gives some assistance, but at 135mm you’d want a shutter speed equal to that or faster. Wider lenses are more forgiving, allowing for slower shutter speeds because the focal length is wider. The camera shake you may have from hand holding won’t affect you as much, with many times allowing me to photograph under the focal lengths number in my shutter speed.

It may come across that I was critical of this lens, but I’m not. I share my full experience with any product in various situations to allow my readers to make their own decisions.

I made a very detailed point to this lens being an f/2.8 aperture but know that for most people this is not a terrible thing! I see it as a con for its length and the various low light situations I happen to photograph in. I find this lens to be a great lens for portrait/fashion and events/worship photography. It may not be as versatile in its uses as the other lenses I own, such as the Batis 1.8/85mm lens but I don’t think this lens was intended to be that go to lens for a wide variety of applications either. I simply do that to see how much you can really push each individual lens.

If you’re in the market for an exceptional 135mm lens and you’re not wanting to spend a lot of money, then this is a great choice. Grant it it’s not the most affordable of the 135mm (Batis $1,495, regular $1,699) lenses, as the Sigma is a few hundred dollars less ($1,399). The flip-side is that it’s even heavier and larger than the Sony GM lens ($2,098), which might be a major negative for that lens, even if it is a slightly more affordable option.

I don’t think you can go wrong with any of the lenses, but the Batis is certainly a lens worth trying to see if it’s a fit for you. I’ll be honest that it took ZEISS sending me this lens for me to try this lens and I’ve fallen in love with it. It’s become my new primary lens choice for the church I photograph at in Atlanta and a lens I’ve now used for several of my street images.

It comes down to what you’re looking to photograph, how much you’re willing to spend and you preference as to which lens has the reproduction that suits you best. For me it’s the ZEISS look, but for you it may not be.

All images featured in this review were photographed with the Sony Alpha 9 and Sony Alpha 7R IV. Click here for more images from the ZEISS Batis 135mm